Let’s get this out of the way: I quite liked The Hobbit and felt that it mostly benefited from 48FPS and 3D. It’s not perfect, but you can rest assured this is no Phantom Menace as far as prequels go.

As readers of the book know, The Hobbit is a smaller, lighter-hearted tale than The Lord of the Rings. The stakes, personally high for the dwarves and Bilbo, are not apocalyptic for Middle-Earth. It was written over a decade before The Lord of the Rings targeting younger readers, and its universe is smaller and simpler. This is a challenge for adaptation, as to make a true-to-the-book film you would have to pretend The Lord of the Rings doesn’t exist. Tolkien had already recognized this and did plenty of B-side writing before he died to fill in the details of Middle-Earth during the time of The Hobbit.

Jackson’s Hobbit takes these extra materials and allows them to permeate the original Hobbit tale. In practice, this mostly means we get to see what Gandalf is up to when he is separated from the party. We are told of mysterious happenings in the east, where one of the other wizards of Gandalf’s order makes some discoveries. Additions like this are the reason The Hobbit was set to be spread across two films, and now it will be a trilogy!

Wait, The Hobbit…trilogy?! Yep. Peter Jackson and New Line are turning a short children’s book (by Tolkien standards) into a full-fledged trilogy. Put your pitchforks down, though. From this vantage point, I’m happy he’s doing it this way, though you should probably check in with me again after the next two films to see if I’m still happy. Clearly the studios love the idea of an extra gazillion dollars, but at this point I’m optimistic that there are legitimate artistic opportunities in doing longer/more films. 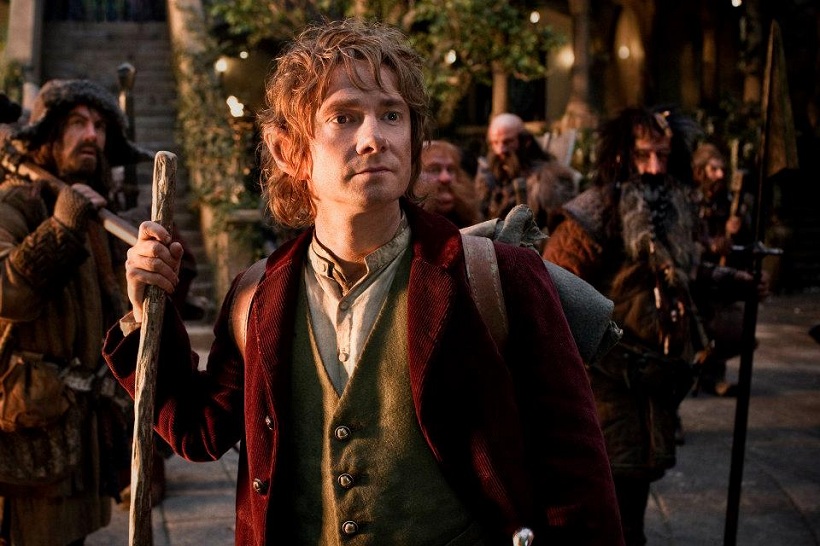 It’s true that making this story into three films is a tremendous risk. Great filmmaking is often about knowing what to cut, not necessarily what to add. But I trust Jackson & Co.’s instincts so far. The Hobbit is allowed to linger and capture elements of Tolkien that would be the first thing cut in a shorter film. Meals and songs (which are excellently arranged) can all be part of a scene even if they’re not crucial to steadily advancing the plot. A wonderful inclusion from the book is the dishwashing scene. 13 dwarves juggle and toss (but don’t break) any of Bilbo’s dishes while singing “Chip the glasses and smash the plates / That’s what Bilbo Baggins hates!” Overall, the lighter-hearted tone of the movie serves it well for staying true to the spirit of the book.

With all my defenses about its length, The Hobbit may still be on the long side. This is primarily a problem at the beginning of the film. Jackson includes a framing device of Old Bilbo working on his life story to remind audiences of who Bilbo is and where we are in relation to LotR, but he lingers far too long on this framing device. It’s a nice nod to the previous films, but should be much shorter. Worst of all is Elijah Wood’s awkward appearance. He did well enough in the Rings trilogy, but he was mostly tasked with looking downtrodden and concerned. His performance in The Hobbit is strange and distracting, short as it is.

Martin Freeman as young Bilbo is utterly sublime. He totally nails it. McKellan as Gandalf is a familiar old friend. He gets to be a bit more silly in The Hobbit. The dwarves are all portrayed well, but we only really get to know a couple of them, primarily Thorin. I am hopeful that Jackson is saving some character development for the rest across the next couple of films.

In summary, I did not find the nearly 3 hours of The Hobbit: An Unexpected Journey to be much of a problem. I am a little mystified that there will be an EXTENDED edition of this film, though. That will probably be a bit excessive.

Many words have been minced about The Hobbit’s technology. In short, the film was shot at double the frame rate of the majority of theatrical films ever made: 48 frames per second. The result is extremely smooth footage that is causing a wide variety of reactions in audiences, especially divided amongst film enthusiasts and critics (my hunch is that normal audiences don’t care too much either way). So, how did I like HFR 3D?

The Hobbit is smooth. Silky smooth. We are culturally accustomed to smooth frame rates being part of sports games, live television, soap operas, and tv series shot on video instead of film. It’s odd at first. During the scene of Smaug’s destruction of Dale, I swear a few shots of people fleeing the marketplace looked almost like a well-produced prologue to an episode of Star Trek: Voyager. Let that sink in for a moment. I can’t help but also confess that during parts of the historical tour of the dwarven halls in the Lonely Mountain, I felt like I was watching a trailer for World of Warcraft or Final Fantasy. The high frame rate definitely contributed to that sense.

But after about 10 or 20 minutes, I no longer cared about it. I was immersed. It made the 3D a lot better (though I still don’t like having to wear glasses for 3D). 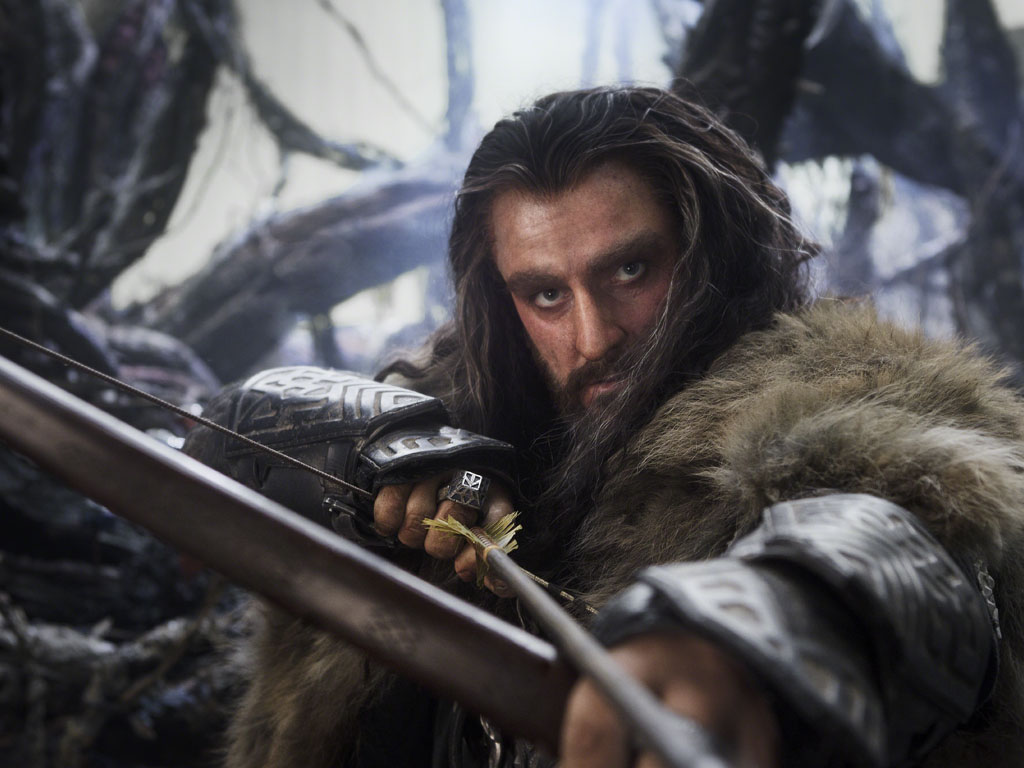 My prediction is that faster frame rates will become the norm, just like color, just like sound in films. It won’t be required, and 24 still looks tremendously cinematic in all its blurry glory. Filmmakers will simply have more tools at their disposal. If you recall, afterall, it is mostly a historical accident and a tradition of cost savings that landed us with 24FPS as the standard in the first place.

So, now that I’ve burned almost a thousand words about The Hobbit, what did you think?