If you have a conversation with my dad, you might discuss Terence Malick’s Tree of Life, the new Jets wide receiver Plaxico Burress, Neko Case’s latest album, Ohio’s latest struggles for a presence in the future of distance education, the difference between Kierkegaard and Nietschze, Horatio Hornblower, Michael Chabon’s new book, Maria Taylor’s tour stop in Denver, and whether you’ve gotten out to that restaurant you now live by for a good milk stout craft beer and a burger.

Additionally, these references could be serious or might be pure jest. Or both. (You must recall, as Chesterton taught us, that funny is NOT the opposite of serious). 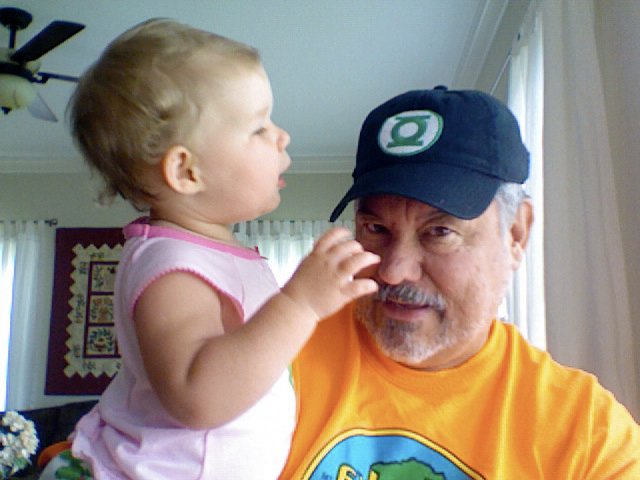 But that isn’t to say that my dad is scatterbrained. On the contrary, he is acutely aware of his audience and can deftly shift from one item to the next.

He effortlessly forges connections between the canonically “high” and “low” of culture, whether it’s Goethe to Green Lantern, Bach to Batman, or Jesus’ beatitudes to “Josh” Whedon’s new show. And whatever you think of Hollywood’s mailed-it-in Ryan Reynolds film, he probably does think Green Lantern is better than Goethe, and he could tell you why.

Which is funny because except for when I was reading Faust in Robert Meyer’s World Literature course in college, Goethe has probably never come up in conversation. But he will now, that damn biologist, theoretical physicist, and novelist!

You could rightly call my dad a renaissance man, but then he might take the opportunity to point out that the “dark ages” were likely not so dark as we think compared to the renaissance, that the mindset of an orderly, mechanical universe that emerged from the enlightenment might have killed man’s wonder of an enchanted universe. We gained the machine but lost the ghost. We can do anything we want with science and technology but now must struggle for a reason to do it.

But this discussion of “the chief end of man” might just as easily become a joke driven into the ground by repetition as we play Ticket to Ride or Catan. We might cry laughing as “GK Chesterton’s pinky” or “Cecil Fielder’s stomach” become answers written down every single round of Things. Our sides might be in pain laughing as we faux-shout “Kevin!” as it was rendered in the Wonder Years. 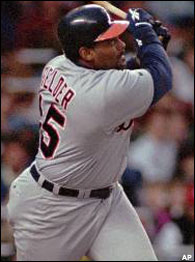 This has been a rough year for the Edwards. We lost a tremendous man in Bruce Sr., my grandpa. He was a compassionate man, cantankerous, and a lover of westerns, card games, Cleveland sports, and Swensons burgers, to run the risk of a list of items erroneously defining him or reducing him. 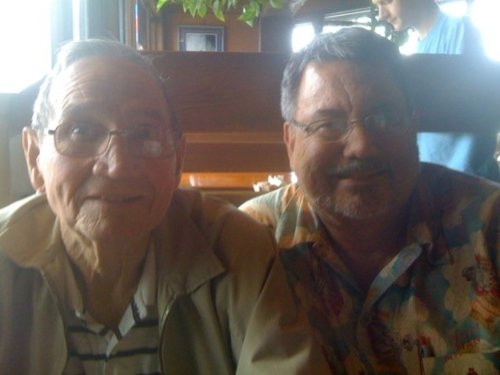 When you were with my grandpa, you could tell you were loved because of how he would look at you and talk to you. You knew that he was your friend and companion. But lest you misunderstand, the affection could as often come through a playful verbal jab as it might a hug.

He might have told me countless times as a severely skinny child to “get some meat on those bones” and to stop being lazy and sleeping in and playing Game Boy all the time. But it didn’t really come across to me as mean-spirited or cruel. There was a lighthearted joyful dimension to him.

This infectious affection, this joyful spirit, is no less present in my father than it was in my grandpa.

As devastated as we all are to lose Bruce Sr., I can only speculate at this point in my life what it is like to lose your dad. To be Bruce Jr. this year. Dad, here’s an extra hug. And another. We will remember, we will not forget that tremendous truck driving man.

As soon as I was old enough to understand the inevitability of death, I began to preemptively mourn for those I love. Parents, siblings, friends, anyone. This is almost certainly irresponsible. Except as a catalyst for more earnest and hearfelt celebration and enjoyment of each other in life, the sting of “death not-yet” is primarily a waste of time and emotion, in my opinion.

But yet I am a sentimental creature and will end up doing this anyway.

But this year, and the years onward, I will spend the anniversary of my father’s birth in celebration. Not for my dad just because he plays catch with me, lavishes us with extravagant gifts, listens to the aural scratchings that I call my music, or out of some morbid sense of familial obligation.

I celebrate not just because I love him and miss him and want to be near him.

I celebrate because of a recognition of his way about life and what I can learn from it. That there is good in this world worth living for, even fighting for. That it’s possible and admirable to be able to talk to almost anybody without condescension or apprehension. That some day when I have kids I can love them and build them up and be with them well beyond their years as kids. That they can grow up to become my friends.

Happy birthday, Bruce Jr., my father and friend. Here’s to many more.