This is the story of how we created Sunrise Robot. 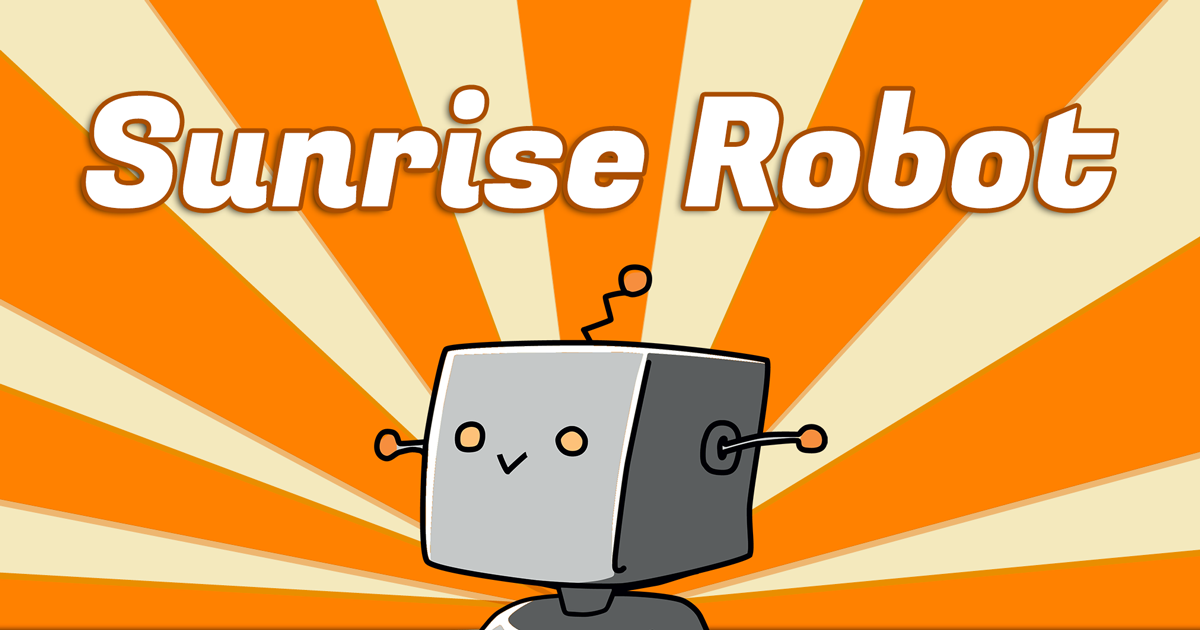 52 weeks ago, David Lyons and I started the Flipping Tables podcast with a debate about whether or not Nintendo Is Doomed. Our mic technique wasn’t great, and our banter wasn’t quite fluid yet. We barely knew what we were doing.

Our technology strategy was a mile-long stretch of duct-tape:

But even so, people listened! They responded! Jokes were made, followup was spoken, and after about 9 months of never missing a beat, Lyons and I started dreaming of turning this fledgling, amateur-but-tons-of-fun hobby into Something More. This meant launching more than just a website or a podcast, but a platform of connected tools custom-tailored to serve up podcasts professionally. We wanted to use sensible tools to build something sleek and impressive.

So we spent the next three months working quietly in the background, leading up to a launch on the anniversary of Flipping Tables.

Finding the right part of the tech stack to play in

We weren’t going to reinvent the wheel with regard to hosting mp3 files, or serving up html. If you start too low-level you are just duplicating the efforts of many smarter people who came before you (and probably poorly). On the other end of the spectrum are high-level, off-the-shelf solutions. Those typically cost money and/or require far too much effort trying to wrangle another person’s ideas into what you want. That is, instead of first inventing the universe you instead have to destroy the universe and rebuild it.

There is a middle ground, one where we could stand on the shoulders of giants, but build something all our own on top of it.

In our minds, the ideal situation:

I’ve dabbled in web design and programming for years, but this project was an amazing excuse to put disparate knowledge and skills into practice on a real world project. I built a template site on top of Bootstrap over the course of about two weeks, and then handed it over to Lyons, who adapted that design into Middleman.

Lyons, the ever-capable technologist, was not only able to get the site working with Middleman, but he set up a Github repo for our source, and figured out how to remotely publish the build of our website with another git repo.

This means we can both work on the website, resolve merges and conflicts, and publish with ease, while documenting all of our changes in a version management system. If we make a mistake we can roll back the site to a previous version as if it were a piece of software. And in truth it is a piece of software.

It was an agonizing few weeks of brainstorming to figure out what we were going to call our podcast network. We created lists and rating systems. We bounced ideas off of friends. And as much as you’d like to think some brilliant moment of inspiration would strike us, eventually you just pick something and move on with your life.

So fairly early on, we chose to call our podcast network Sunrise Robot. And we knew we wanted to have a robot mascot adorning our header. We collected all sorts of samples: retro-future robots, creepy Terminator death robots, cute anime robots. We threw them in a pot to churn while we sought out an artist.

We contacted our friend Matt Duncan, and he and his fiancé Lars Degenhardt set about drafting up various styles of robots for us to choose a direction. Needless to say, they hit it out of the park: 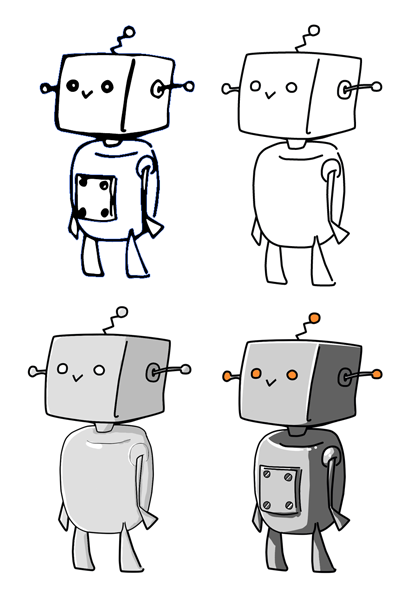 I like to do things as well as possible. I don’t like presenting something to the world that hasn’t had some love and care put into it. Working with Lyons on this project was wonderful because he shares the same passion for doing things excellently. We take pride in our work and this has been the proverbial labor of love.

Some of the many considerations we needed to take care of in launching this network:

We are firing on all cylinders, even as we still have a lot of work to do. But we are damn excited to be doing this work.

If you like what we’ve been doing, and are interested in seeing us take it to the next level, then please help us! Here are some things you can do:

We’ve worked so hard to get to this glorious day, so we shall rest and enjoy the fruits of our labor for a spell. Today we celebrate, for today, Sunrise Robot is released to the world!