It’s been one month since you passed, since I hugged you good night. You got up at midnight to excitedly tell me about the MLB playoff game’s dramatic finish, and to hug Shelby again as she returned from a Sufjan Stevens concert.

That next day I went into work while you and mom flew to Texas. She told me that on the plane ride you were reading a new Carl Wilson book you picked up from your fourth trip to Tattered Cover in Denver!

I miss you monstrously. You were a cultural confidante, a spiritual and moral inspiration, and a well of deep laughter. You lived and loved so hard. So hard that friends and acquaintances noticed and were envious. You rooted for people, and empowered them to get where they’re going. I’m so very thankful for who you were, and I’m sure that the good memories will win out over the pit of sadness in good time, but I will never stop missing you. I never want to stop missing you. You’re worth missing. All this pain is a reminder of how good you were, and how good I want to be.

I expect these mile markers to be deeply felt and noticed going forward. This first signpost of a month is still in shock territory. You were just here. We were joking, sending poorly scribbled images between our Apple Watches of baseballs, cats and impossible to decipher letters. You asking me if I was at band practice mere hours before you would fall.

I’ll never forget the horror of the call arriving that Wednesday night, while I was at Smoke & Honey band practice. First it was Mary calling, which I missed. Then it was Justin, with only a tiny bit of information. “Dad fell.” But we knew it was bad. I drove home immediately, crying the whole way. Shelby met me there. All of us in shock, in a group text message, waiting to hear more news, good or bad. I texted your phone, told you that I loved you, that something awful had happened to you, but that we were all hoping. Matt called me less than an hour later. “Dad didn’t make it.” We both audibly crying. The call was not long, I don’t remember anything else that was said because it had happened.

One of the nights when you were in Denver, we were just rummaging through old minidisks. Minidisks – you know that format that never really took off in the US, but we were enthusastic users of circa 1999-2002. They were a favored format for me to “record” copies of the MIDI songs I’d compose on our Gateway 2000 laptop (the one with special Yamaha midi synthesizer for more realistic sounds). That software empowered me to learn how to put songs together, but no one was as enthusiastic a listener as you.

As we sat in my office reminiscing, you told me that I had no idea how many countless hours of joy our music had brought you.

I am going to work on new music, Daddy.

I love you and miss you. I’ll be reflecting on our lives for the rest of mine. 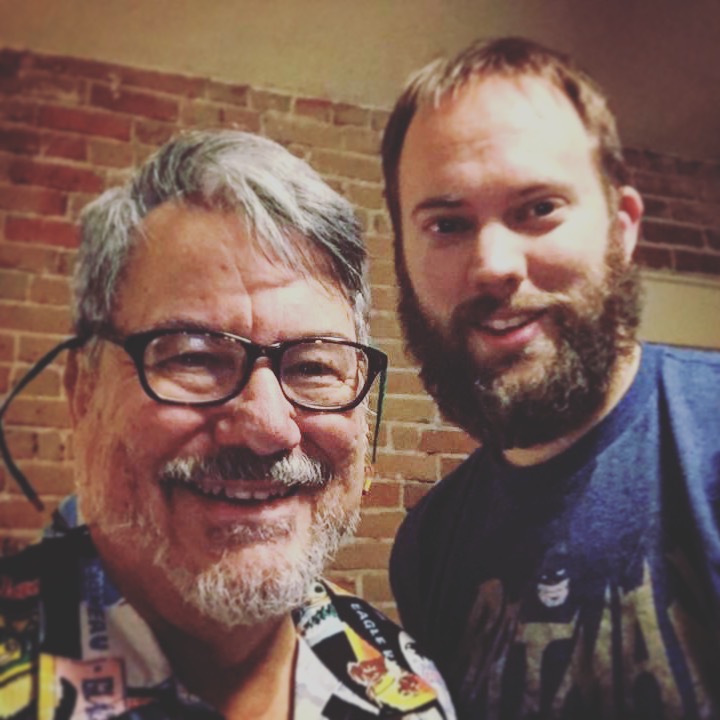